Review of All The Missing Girls by Megan Miranda

Review of All the Missing Girls by Megan Miranda 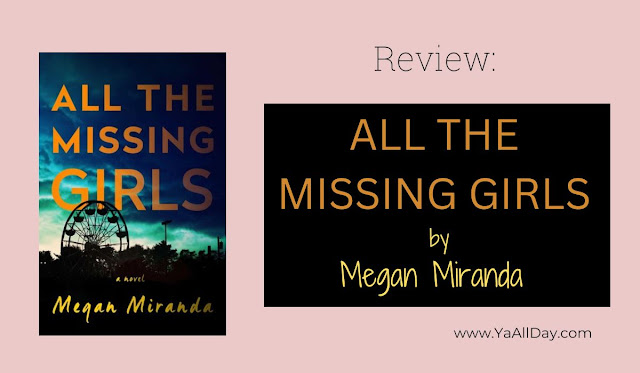 All the Missing Girls by Megan Miranda 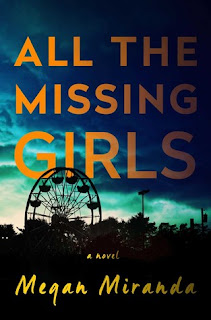 Synopsis from Goodreads: It’s been ten years since Nicolette Farrell left her rural hometown after her best friend, Corinne, disappeared from Cooley Ridge without a trace.
Back again to tie up loose ends and care for her ailing father, Nic is soon plunged into a shocking drama that reawakens Corinne’s case and breaks open old wounds long since stitched.
The decade-old investigation focused on Nic, her brother Daniel, boyfriend Tyler, and Corinne’s boyfriend Jackson.
Since then, only Nic has left Cooley Ridge. Daniel and his wife, Laura, are expecting a baby; Jackson works at the town bar; and Tyler is dating Annaleise Carter, Nic’s younger neighbor and the group’s alibi the night Corinne disappeared.
Then, within days of Nic’s return, Annaleise goes missing. Told backwards—Day 15 to Day 1—from the time Annaleise goes missing, Nic works to unravel the truth about her younger neighbor’s disappearance, revealing shocking truths about her friends, her family, and what really happened to Corinne that night ten years ago.

Review of All The Missing Girls by Megan Miranda


If you're a regular blog reader, you might remember that I reviewed Megan Miranda's most recent YA thriller last week, and found it suspenseful but with too many loose ends.

The story is told in an interesting way.
There's an introductory part, in which main character Nicolette  Farrell is called home to help her brother deal with their aging father. She returns to her small town, where she's still haunted by memories of her missing best friend Corinne.
But shortly after she arrives, another girl goes missing - Annalise, the current girlfriend of her ex.
Apropos of nothing, I think all these female characters have names with too many double consonants. And apropos of something, this "return to small town" and "girl with missing friend" are tropes that I've read in many, many thrillers.

But All the Missing Girls does something interesting (and something I was initially pretty skeptical of.)
As soon as that introductory part of the story is set up, the narrative starts moving in reverse, starting with day fifteen and heading backwards to day one, the day that Annelise disappears. I thought this was a risky (and mostly successful) choice.
Typically, a story like this one that's so rooted in past events would be told using flashbacks. I think the one weakness of the backwards vs. flashback choice is that Nicolette isn't a character we get to know very well. But suspense-wise, I think the backward method works well, allowing some very interesting revelations.